Imagine having a job that guarantees healthcare benefits in retirement. Imagine those benefits being top-of-the-line, offering platinum coverage for less than you earn in just one hour. Then imagine nearing retirement only to discover that your health coverage has been dropped. That is exactly what is happening to some members of the SAG-AFTRA.

According to the St. Louis Business Journal, some local union members were recently told they would be losing their healthcare benefits in retirement. The union offers COBRA coverage, at least for a time, but they are referring members to federal health insurance exchanges for long-term coverage.

Affected union members are understandably angry. Some of them have paid dues for decades and now find they have to purchase health insurance separately. But all that aside, the union’s decision to cut health insurance benefits to retirees illustrates one of the fundamental, systemic flaws of health insurance in the U.S.

Proponents of universal healthcare often claim that the American system is terrible. But whether or not that is true depends on how you measure success. Not many healthcare systems in the world have produced as much innovation as ours. People still come to the U.S. to get procedures they cannot easily find anywhere else.

Our healthcare system is just fine. It is the insurance system that’s broken. We have great healthcare but lousy insurance. Platinum health plans being cut by unions illustrates the point perfectly. For example, why has SAG-AFTRA made the decision to drop retirees? Revenues are falling. Without enough dues, they cannot cover the cost of retiree benefits.

Herein lies the fundamental flaw. The insurance model is designed to collect premiums from customers, invest those premiums, and use the returns to cover payouts and profits. That is how automobile insurance works. It should not be structured in such a way as to force those currently working to pay higher premiums to cover those in retirement.

How We Got Here 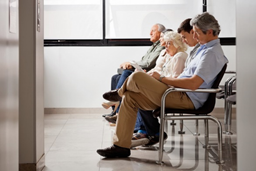 It seems that every year employers look to improve their benefits packages so as to add value to employee compensation. That is not the way it used to be. Back in the 1960s and 70s, for example, health insurance was essentially major medical coverage. You paid your insurance premiums with the expectation that your policy would pay out in the event of hospitalization, a major illness, etc. All of your routine healthcare expenses were paid out of pocket.

It wasn’t until the Health Maintenance Act of 1973 and its subsequent ushering in of HMOs, that health insurance companies began to pay for routine care. Today, we expect our health insurance to pay for everything from well-child visits to hair replacement surgeries.

If car insurance worked the same as health insurance, you would carry an insurance card in your pocket and use it to pay for everything relating to your car. You would swipe the insurance card when you filled up the gas tank. You would let your insurance company pay for new tires, new wiper blades, and your regular oil changes.

Now, if you used your car insurance that way, how much do you think you would pay for it? You would pay a lot more than you’re paying now. Such a scenario actually wouldn’t be insurance at all. Instead, your insurance company would simply be a middleman tasked with transferring payments from your bank account to the gas station, tire shop, etc.

This is what we have turned health insurance into. That is why organizations like the SAG-AFTRA cannot afford to pay retiree benefits. It is one of several reasons insurance rates continue to go up far faster than inflation.